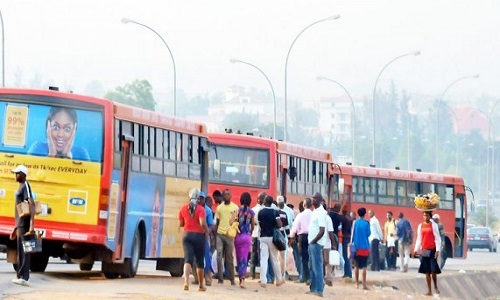 The Senate on Tuesday directed the Federal Capital Territory Administration (FCTA) to immediately make provision for the installation of bomb detectors on all mass transit buses in the nation’s capital city.

It also directed the FCTA to take urgent steps in tackling the issue of waste disposal and cattle rearing in the city centre.

The Chairman, Senate Committee on FCT, Dino Melaye (APC/Kogi West) issued the directives at the inaugural meeting of his committee with the Minister of FCT, Mohammed Musa Bello in Abuja.

Melaye disclosed that in the course of their oversight, the committee would ensure that all parks were upgraded and security gadgets installed in all locations just as he insisted that provision must be made for bomb detectors to be installed on all mass transit buses in Abuja.

These, he said, are in addition to other security measures that would be proposed by the committee for safety of people in the FCT.

The senator, who insisted that security is not the job of security forces alone, added that “our collective security depends on our collective and individual efforts at securing our neighbourhoods”.

He also noted that collaborative effort between the government and the citizens remained the only way to deliver solution to nip security challenges in the bud.

On the issue of waste disposal, cattle rearing in the city centre and return of commercial motorcyclists to the city centre, Sen. Melaye slammed the FCTA for not doing enough to tackle these issues.

According to him, heaps of garbage and overgrown bushes are found everywhere in the city centre while erection of tents and shanties, littering of streets with abandoned vehicles, which can be a safe place for hiding of explosives, have become the order of the day.

He also pointed out that the FCT transport sector is in a serious state of disarray embroiled with uncertainties both in the land and rail transportation sectors.

The Senate Committee chairman said that “the railway sector is being transformed gradually into a serious conduit pipe where billion of naira is being allocated annually without visible appreciable development on the ground”.

He also said that the six Area Councils of the FCT should brace up for a new level of commitment to governance.

He regretted that over time the Area Councils have been left to operate without any oversight from the Senate warning that henceforth, “it will no longer be business as usual”.

The Area Councils, he said, must rise up for onerous task of accountability and developmental projects.