Stanley ‘Edo Boy’ Eribo, on Saturday December 26, became the national light welterweight boxing champion when he defeated Sunday ‘Capo’ Olalekan by knockout at the GOtv Boxing Night V, which took place at the Indoor Sports Hall of the National Stadium in Lagos.‎ 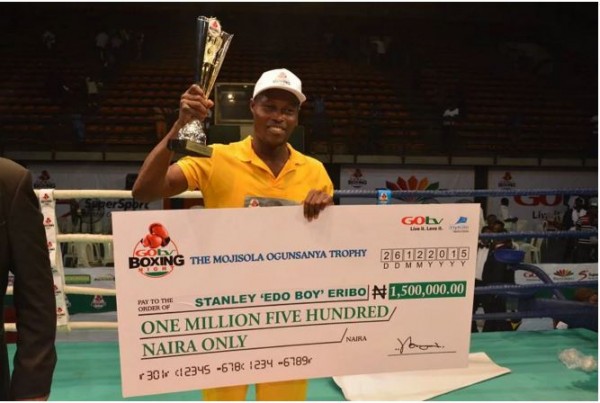 Cheered on by the capacity crowd at the venue and using his longer reach as well as superior guile, Edo Boy toyed with Capo. He effectively held off his opponent’s savage punches, while delivering his own with brutal efficiency that yielded a tenth-round knockout.

Edo Boy was adjudged the best boxer of the night, winning the cash prize of N1.5m and the Mojisola Ogunsanya Memorial Trophy. In another explosive title fight, Olaide “Fijaborn ” Fijabi dethroned Sadiq “Police Machine ” Ahmed as the national welterweight champion. 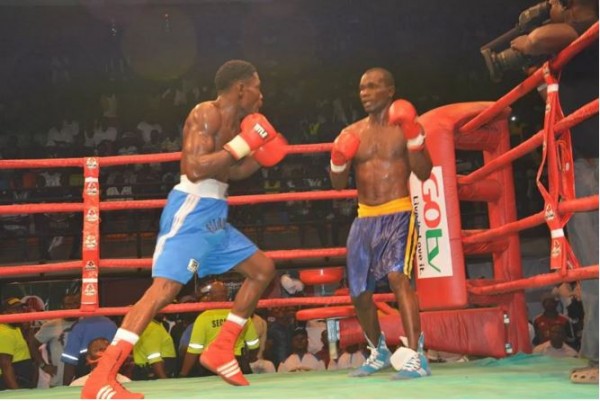 Fijabi, who made his professional debut last year at the GOtv Boxing Night, was not in the charitable mood of Christmas as he thumped the Police Machine into a daze.
The former champion became unsteady and unable to continue in the fifth round. In the night’s major bout, Nigeria’s Waidi “Skoro ” Usman lost the chance of becoming the African Boxing Union featherweight champion when he lost to Edward ” Ring Messiah” Kakembo of Uganda by a split decision. 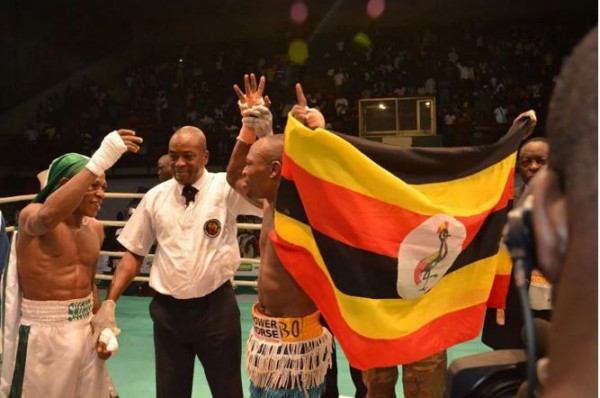 The Ugandan, who boasted pre-match that beating Skoro would be his Christmas gift to his countrymen, was better on the night. He was lightning-fast in offence and clever in defence, evading Skoro’s punches.
In the national super middleweight challenge contest, Rasheed ‘Afonja Warrior’ Abolaji defeated Sunday ‘Golden Child’ Ajuwa by unanimous decision.
Source: Naij