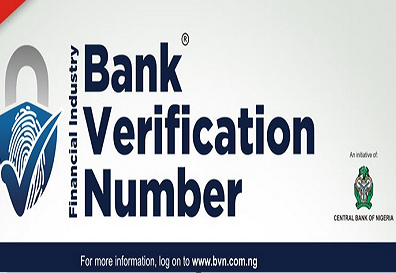 The Central Bank of Nigeria (CBN) Monday gave approval for the extension of registration for the Biometric Verification Number (BVN) for members of the Nigerian Armed Forces.

The Deputy Governor (Operations) in the CBN, Alhaji Suleiman Barau said that the decision was to enable military personnel access their salaries.

The BVN enrolment, which started since last year, closed on October 31, after the CBN initially slated June 30, 2015 as the deadline for bank customers to enroll in the project

Barau, who spoke at a public hearing of the Senate Committee on Appropriation, said the apex bank had received the request of the Defence Minister, Monsur Mohammed Dan-Ali, in that regard.

Earlier, the minister had pleaded with the Senate Committee to intervene and direct that BVN registration for military operatives especially in the war front, be extended.

Mr. Dan Ali disclosed that the soldiers and their families were having a tough time as they could not access their salaries due to the lapse of the deadline for BVN registration.

According to him, the soldiers could not abandon their duty at the war front to go for the registration, adding that denying them access to their accounts, was punishment and could dampen their morale.

“We need to appeal to the CBN governor if that can be done as it will enhance the morale of our soldiers”, he said.