The ruler of Brunei, Hassanal Bolkiah has banned the public celebration of Christmas in his country, Daily Mail reports. 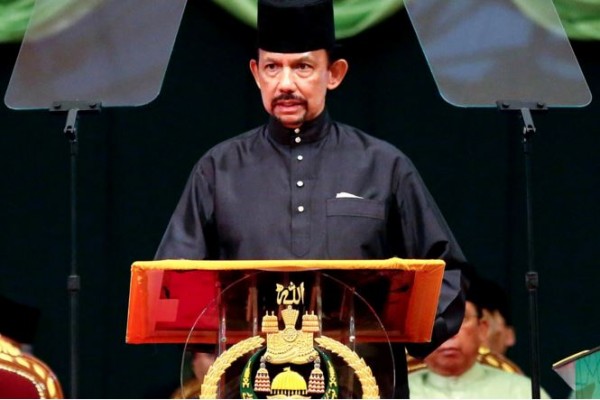 The wealthy Sultan recently warned residents of the tiny nation that failure to adhere to the rules will attract up to five years in jail.

The report states that the leader’s decision is informed by the fear that the religious holiday will affect the faith of his country.

The rule also states that Muslims caught celebrating Christmas, and non-Muslims who are discovered organising celebrations, could face the lengthy prison sentence.

While non-Muslims are allowed to celebrate the holiday within their own communities, they are mandated not to disclose their plans to the nation’s Muslims – which make up 65 per cent of the nation’s population.

The nation has about 20 per cent non-Muslims, including substantial Buddhist and Christian communities.

A statement by the country’s Ministry of Religious Affairs read: ”These enforcement measures are…intended to control the act of celebrating Christmas excessively and openly, which could damage the aqidah (beliefs) of the Muslim community.”

Before now, Brunei prohibits propagating religion other than Islam to a Muslim, and breaking this is a violation of the penal code of the state’s laws.

The report quoted the Imams in the Borneo Bulletin saying: ”Some may think that it is a frivolous matter and should not be brought up as an issue. But as Muslims, we must keep it [following other religions’ celebrations] away as it could affect our Islamic faith.”

Meanwhile, some Burnei residents seem to have defiedthe order as they have been celebrating Christmas and uploading pictures to social media as part of a #MyTreedom campaign that celebrates religious freedom.