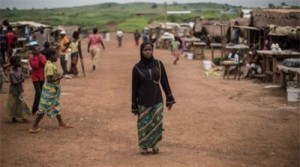 The Central African Republic (CAR) has pushed back by three days a key national election that is intended to be a fresh start for a country mired in sectarian violence since a coup in 2013. The vote was initially scheduled for December 27, but will now be held on December 30 to allow authorities to deal with organizational and logistical issues.

Officials said more time was needed to complete the training of electoral agents and distribute voting materials to all of CAR’s polling stations. “It’s a very big job and we cannot sleep until we have it done,” Alain Duplex, a UN electoral officer in the capital Bangui told Al Jazeera.

The vote, which comes after Central African voted yes to a constitutional referendum that creates a senate, is designed to restore democratic rule and help end the cycle of instability in a country wracked by more than two years of violence between armed Christian and Muslim groups. Last week, Muslim rebels declared an autonomous state in the northeastern stronghold – a move that was denounced by the country’s transitional government.

Reporting from Bangui, Al Jazeera’s Tania page said this was the fifth time that voting was delayed. “Christmas Day was supposed to be the last day of campaigning for the candidates, but now that the election has been delayed yet again – this time for three days – it will cast more doubt on the credibility of the vote,” she said.