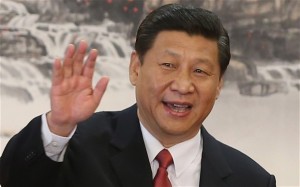 China has announced $60bn (£40bn) of assistance and loans for Africa to help with the development of the continent. President Xi Jinping said the package would include zero-interest loans as well as scholarships and training for thousands of Africans.

The Chinese leader made the announcement at a major summit between China and Africa in Johannesburg. The momentum of rapid growth in Africa was “unstoppable”, Mr Xi told more than 35 African heads of state. South Africa’s President Jacob Zuma, who is joint host at the summit, welcomed Africa and China’s deepening partnership.

Much of this additional assistance is likely to be focused on infrastructure projects, to help boost economic development but more details on the deal are yet to emerge. President Zuma said that China and the African continent each made up a third of the world’s population, bringing the possibility of new markets and production possibilities.