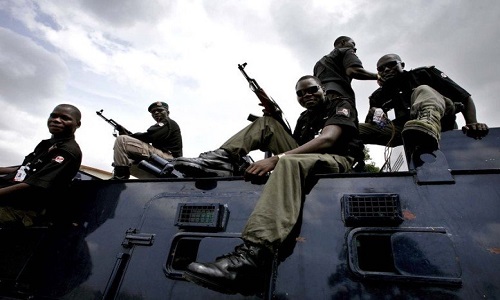 The Federal Capital Territory (FCT) Police Command said it had tightened security at motor parks, hotels and other strategic places in the territory, ahead of the Christmas celebration.

The Commissioner of Police for the territory, Mr. Wilson Inalegwu, made the disclosure in an interview with the News Agency of Nigeria (NAN) in Abuja on Thursday.

Inalegwu said that the Inspector-General of Police’s directive to all Commands to ensure effective security, further reinforced the measure taken by his command.

“We have taken steps to heighten security across the FCT; there are visible police deployments at all the motor parks in the FCT.

“In addition, we have encouraged the transport unions and the luxury bus owners to also have their own internal security arrangements which we supervise and guide them”, he said.

Inalegwu said that the command had deployed officers to hotels considered very strategic to the FCT.

“We have deployed officers for hotel security coordination and we have also made additional deployment to most critical hotels that we consider very strategic to the FCT”, the commissioner said.

He said that the ‘Safer Highways’ had been fully deployed and mobilised with well-motivated personnel.

“One other thing we are doing is sustaining raids on suspected criminal hotspots where we have made important breakthroughs and arrests through”, he said.

The Commissioner also said that the relationship between the police and communities was enhancing the command’s operations.

He restated the command’s readiness to continue to collaborate with other security agencies to ensure security in the FCT.

“We will continue to strategise with other security agencies to secure the territory.

“We have also collaborated with communities in this area. We have had a lot of engagements with the Churches”, he said.

“Security is about partnership, we have also circulated our help lines to the public”, he said.

He urged the media to help make the help lines available to residents.

Inalegwu advised residents to be careful while receiving gift items during the yuletide.

“Don’t get careless when you are going to the Church or Mosque, ensure that all bags are searched.

“Pregnant women should be screened thoroughly to ensure that the pregnancy is not fake”, he said.