Global drinks company Coca-Cola has been branded racist over a Christmas advert intended to unite communities.
Critics have blasted the commercial, which was released in Mexico and was designed to encourage cooperation between marginalised groups.

In the ad distributed by Coca-Cola Mexico, pretty, young white people do their holiday good deed by bringing bottles of soda to a remote village and build a wooden Christmas tree in the town square. The “Open Your Heart” advertisement has been called anything but, as indigenous rights’ groups said the campaign promoted colonialism rather than unity.

“This type of publicity is an act of discrimination and racism,” Elvira Pablo, an indigenous lawyer, said at a press conference in Mexico City on Wednesday. “It is a comment on our type of life and an attempt to put a culture of consumerism in its place.”

After the ad was promoted on YouTube for about a week and then slammed on social media, Coca-cola pulled it on Tuesday—though other versions can be found online, one titled “The ‘White Savior’ Ad Coca-Cola Made Private.”
“Our intention was never to be insensitive to or underestimate any indigenous group,” a Coca-Cola spokesperson said in a statement to food news site Eater. “We have now removed the video and apologize to anyone who may have been offended.”

Silent but for a perky soundtrack, the video shows peppy fair-skinned actors bringing bottles of Coke to the Mixe people in Totontepec, a town in the southern state of Oaxaca.
Text in the video claims that 81.6 percent of Mexico’s indigenous people feel rejected for speaking a language other than Spanish, although it does not cite a source for the statistic. The ad ends with “#AbreTuCorazon” or “#OpenYourHeart.”
But instead of opening hearts, Pablo and other activists said the ad “reproduced and reinforced stereotypes of indigenous people as culturally and racially subordinate,” according to a report in The Guardian, which reported that they have asked the government to sanction the soft drink giant.
The Alliance for Food Health has filed an official complaint with the National Council to Prevent Discrimination. Mexico is one of the most obese nations on the planet and a top consumer of soda—although the nation’s soda tax has seen some progress in reducing sales. 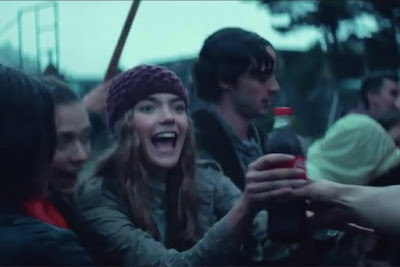 As the youngsters sip on the fizzy drink, locals gather to see the tree lit up.

The intention of the advert was to encourage people to “break down prejudice and share.”

It stated: “This Christmas a group of young people decided to give something very special to the indigenous community of Totontepec de Morelos in Oaxaca. You, too, open your heart.”

The advert then goes on to add that 81.6% of Mexico’s indigenous people feel marginalised because they don’t speak Spanish as a first language before showing the words, “We will stay united” in the Mixe language.

However, rather than supporting the message contained in the advert, critics have demanded the firm apologise.
One person wrote on Twitter: “When a company as big as Coco-Cola is saying #AbreTuCorazon by giving Coco-Cola to indigenous people. What they are really doing is using them.” 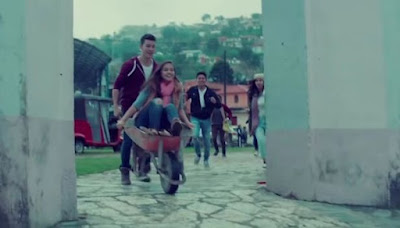 A Coca-Cola spokesman said: “We appreciated you sharing your concerns. We will be sure to pass along your comments.”

Share
Facebook
Twitter
WhatsApp
Previous articleToke Makinwa And Maje Ayida Back Together! Spotted Together At Corporate Elite Event [Photos]
Next articleSperm Donor Who Has Fathered 54 Children Launches Own App
- Advertisement - Ad ==> TRUTH FINALLY OUT! Discover how a young Nigerian graduate now makes a consistent 40k per week doing a legitimate online business. You too can start yours now, click here!!!