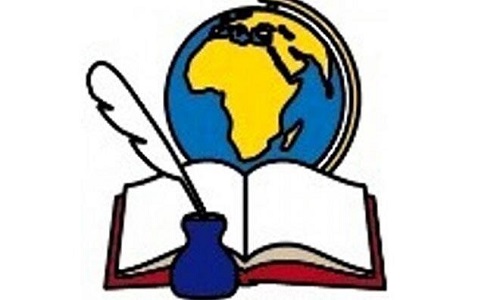 The management of Media Trust Ltd, publishers of Daily Trust Newspaper, has dismissed reports that it received funds from the embattled former National Security Adviser, Col. Sambo Dasuki (Rtd), who is facing trial on allegations of money laundering.

The Editor-in-Chief  of Media Trust, Manir Dan Ali, in a statement on Friday, said the Newspaper Proprietors Association of Nigeria (NPAN) under the leadership of Mr. Nduka Obaigbena, engaged the federal government after the newspapers threatened to go to court for unlawful seizure of their publications by the military in June 2014.

The clarification was made in support of a statement issued by Mr. Obaigbena on Thursday, who confirmed receiving N670 million from the office of the NSA, as compensation to mitigate the loss his newspaper – Thisday, suffered in twin terror attacks on its offices in Abuja and Kaduna in 2012 and on behalf newspapers whose publications were seized by the military to avoid a class action lawsuit.

Below is the full statement by management of Media Trust Ltd:

“Our attention has been drawn to publications suggesting that Daily Trust may have benefited from some amount relating to monies paid out from the office of the National Security Adviser through the Newspaper Proprietors Association of Nigeria (NPAN). Below is an account of what we know of payment of compensation made to us through the association.

“You may recall that between 6th to 10th of June 2014, the military authorities seized all copies of our newspapers printed on those days just as our distribution vans were setting out to different towns and cities in the country. According to the then Director of Defence Information, Major General Chris Olukolade, the action came after they received ‘intelligence reports indicating movement of material with grave security implications across the country, using the channel of newsprint related consignments’.

“Even when the military authorities found nothing incriminating in any of the vans, the newspapers were never allowed to reach the readers, and they repeated this over several days. Following some intervention and the widespread condemnation of the action, the seizures stopped but having suffered such losses in revenue, our board considered the option of going to court to challenge the illegal action of the military and seek for compensation.

“We were however prevailed upon by the umbrella body of the Newspaper Proprietors Association, NPAN, with its President, Nduka Ogbaibena, who had intervened to reach out to the security services when the siege was going on, suggesting that working through the umbrella body, we can convince the authorities to compensate us even without going to the courts He later told a meeting of NPAN that the military authorities are remorseful about the action especially because of the way that it could affect the relationship between the media and the military that is engaged with the Boko Haram Insurgency. He also added that the authorities have agreed to pay compensation for the loss caused by their action and asked each of the affected newspaper house to submit its claim.

“Media Trust Limited submitted a claim of 11 million Naira based on the production cost of the copies printed but not allowed to be sold during the period of the siege. The NPAN President told us that 10 million Naira was approved to be paid to us but that since the payment was as a result of the intervention of NPAN and it was battling to raise funds for its own operations, one million Naira was deducted for the use of the association and our company was paid the sum of 9 million Naira as compensation”.