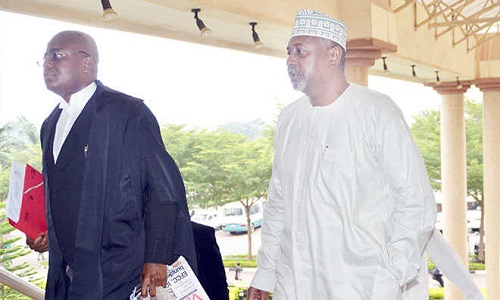 The embattled former National Security Adviser (NSA) Sambo Dasuki, who was arrested by the Department of State Services from his Abuja residence on Tuesday, has started to sing like a bird on the $2billion “phoney” arms contracts, a source told The Nation yesterday.

The Economic and Financial Crimes Commission (EFCC) and a Presidential Committee on Procurement of Military Hardware and Munitions, are probing how huge sums of money meant to buy modern weapons for the Nigerian Armed Forces, went down the drain during the Dr. Goodluck Jonathan administration.

An interim report by the committee indicates that about $2billion may have been frittered away in questionable circumstances.

Mr. Dasuki, who was transferred to the EFCC late on Tuesday, reportedly made some “mind-boggling” revelations after he was confronted with some fresh facts that implicated him.

An EFCC source said: “When Dasuki was brought in, he initially refused to write any statement, alleging that he had been subjected to media trial.

“I think the ex-NSA decided not to open up based on the advice of his lawyers that he should leave everything for the open court.

“The EFCC operatives, however, obliged Dasuki a copy of the statement by a former Director of Finance in the Office of the National Security Adviser (ONSA), Shaibu Salisu in which the latter made some implicating statements.

“Dasuki, who was shocked by Salisu’s confessions, repeatedly asked: ‘You mean Salisu wrote all these! You mean he said these! Give me a pen and paper’.

“Thereafter, Dasuki decided to open a can of worms. He gave a long list of PDP chieftains who collected money from the Office of the NSA.

“He mentioned the names of a former Deputy National Chairman of PDP, ex-governors and ex-ministers and many others.

“As I am talking to you, Dasuki is still writing his statement. The disclosures of the ex-Director of Finance in ONSA have assisted greatly in getting to the bottom of the armsgate.

“So, the investigation is still on. We will certainly arrest more suspects soon”.

Already, the EFCC has picked up former Governor Attahiru Bafarawa of Sokoto, founder of AIT, Raymond Dokpesi and former Minister of State for Finance, Amb. Bashir Yuguda among others, in connection with the armsgate. 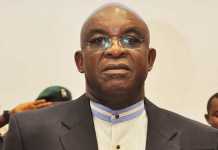