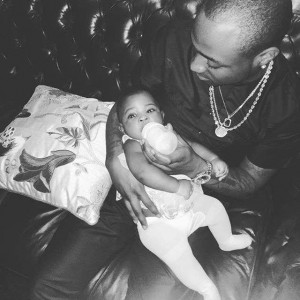 Hmmm……..Seems like Davido is set to be a dad again with another woman this time.

In November the HKN act spent a reasonable amount of time with a popular Tanzanian hottie called Agnes Masogange.

In a series of videos shared by Agnes Masogange on Instagram a month ago, Davido and his entourage talked in Yoruba about having sex with Agnes Masogange and her friends.

In one of the Instagram posts she shared a picture of her holding Davido’s HKN chain with the caption “I miss him.”

She then shared another picture of a pregnancy test which read positive.