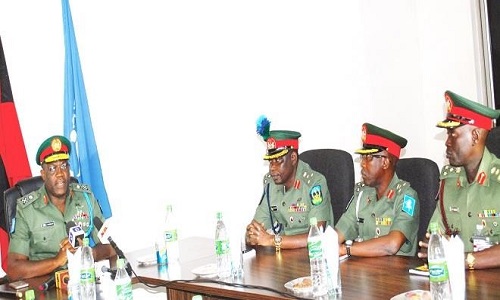 Those to be retired are to be drawn from the Army, Air Force and Navy after having reached the mandatory 35 years of service.

A breakdown of the number shows the Army as the most affected with 451, followed by the Air Force with 162 while the remaining seven are from the Navy.

The NAFRC commandant said the retirees are currently being trained at the centre in various vocational skills to enable them integrate seamlessly into civilian life.

AVM Iloenyosi added that the retirees were now well equipped with relevant trade and vocational skills.