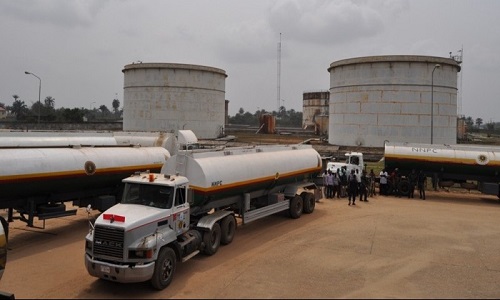 As the fuel scarcity continues to bite harder across the country, a fine of N150 per litre has been imposed on marketers caught diverting petroleum products in Kano State.

Alhaji Rabiu Bako, Chairman of The Task Force on Distribution of Petroleum Products in the state, said this during a news conference on Sunday in Kano.

Bako said the measure was to check the continued fuel shortages being experienced in the state.

Bako, who is also the Commissioner for Commerce in the state, said marketers had not heeded to earlier warnings to desist from sharp practices.

“The decision followed series of warnings by the Task Force to oil marketers in the state to desist from sharp practices and illegal increases in the pump price of Premium Motor Spirit (PMS)”, he said.

He said any marketer found diverting petroleum products would be so sanctioned and also risk forfeiting such products.

Bako said that the warning was necessary in order to ensure that all products reached their designated filling stations across the state.

The chairman said the Task Force had confiscated eight drums and 50 Jerry cans of PMS and fined the petrol station involved N4.2 million since its inauguration.

The committee urged members of the public to be vigilant and report any suspicious character to the Task Force or law enforcement agencies nearest to them.

The News Agency of Nigeria (NAN) recalls that Gov. Abdullahi Ganduje had last week inaugurated the 17-member task force as part of efforts to address the lingering fuel scarcity in the state. (NAN)