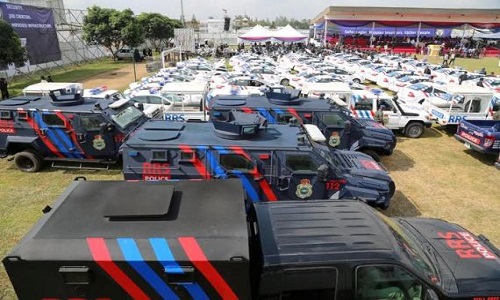 A former Chairman of Amuwo-Odofin Local Government in Lagos State, Comrade Ayodele Adewale, has described the donation of security equipment worth about N4.8bn to the State Police Command by Governor Akinwunm Ambode as worthwhile, considering the modern security gadgets procured with the sum.

The former commissioner said it was highly commendable that the governor brought his accounting acumen to bear in acquiring several gadgets with such amount, adding that the development had truly announced Mr. Ambode as a good manager of resources.

He said: “What catches my fancy was the amount of money expended on the project going to about N4.8bn used in purchase of three helicopters, gunboats, armored personnel carriers, saloon vehicles, utility vehicles, power bikes and so many other gadgets including drones. It is a very good thing and a very conservative expenditure and I can say that the Governor should be commended for such amount to be utilized for that amount of materials. It’s a lovely expenditure”.

Speaking in the same vein, a former Commissioner for Commerce and Industry in the state, Mrs. Teju Philips, said with the development, Governor Ambode has met the expectations of Lagos residents on security.

“There has been panic about security of lives and property and for me, I believe that the huge investment will go a long way to gear up the level of security awareness that the government is creating for the people”, she said.