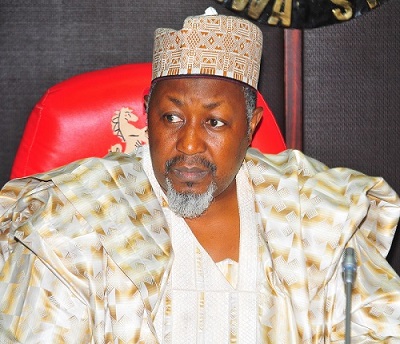 Gov. Badaru Abubakar of Jigawa on Friday restated his commitment to paying workers in the state N18, 000 minimum wage.

Mr. Badaru gave the assurance in an interview with the News Agency of Nigeria (NAN) in Dutse.

He said the state government would continue to pay the N18, 000, as well as leave grants and other allowances due to the workers in spite of dwindling revenue.

The governor said: “I had interaction with the workers last week. I promised to continue with the N18, 000 minimum wage.

“I also promised to give them what we agreed upon as leave grant, that they have not been enjoying for some time. We kept our promise this year and we intend to continue next year”.

Mr. Badaru also said that the state had earmarked “substantial amount of money in the 2016 budget” for staff training to improve the capacity of the workforce to deliver service to the people.

“We earmarked a lot of money for staff training. We will embark on comprehensive training of workers to prepare them to meet the task ahead.

“Without empowering the workers you will not achieve the goal of development. That is what I believe in”, he said.

Mr. Badaru announced that the state government would construct over 1, 000 low cost houses to enable workers own decent homes.

He explained that the state was already collaborating with mortgage banks to construct the houses in the 27 local government areas of the state.