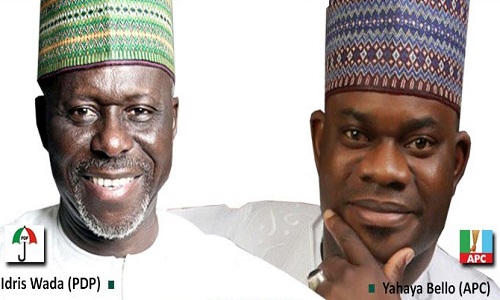 The Governor-elect of Kogi State, Alh. Yahaya Bello, has cautioned the outgoing administration in the state against awarding frivolous contracts which may plunge the state into further financial crisis.

Speaking through his media office, the Governor-Elect cautioned the Idris Wada Administration against attempts at grounding the incoming administration through award of contracts without following due process, urging the outgoing government to act within the ambit of law.

The statement signed by his media aide, Suleiman Abdulmalik, reads: “Our attention has been drawn to some hasty contracts about to be awarded by the government through the State Universal Education Board, SUBEB. In as much as we are aware that the government still have up till January 27, 2016 to act on behalf and in trust for the Kogi people, restraints are required to ensure the state is not plunged into further debts.

“Information at our disposal shows that despite the failure of government to judiciously account for the 1.7 billion naira, of which the state paid 872 million naira as counterpart fund with the Universal Basic Education providing the balance of 872 million naira balance intervention fund.

“We are also aware that the 872 million naira counterpart fund paid by government was a facility from Zenith Bank which government will have to service.

“We are concerned that despite owing contractors over a billion naira on previous SUBEB projects, the government has completely ignored the necessity to settle its previous debts before awarding others.

“Also, we have found it difficult to helm up the fact that contractors were owed for jobs which funds had been collected by the government.

“Our concern is hinged on the fact that, with the level of indebtedness in Kogi State, it will be unfair to further cripple the state by plunging us into further debts when our civil servants are being owed several monthly salaries. We urge the government to halt further action on the new contracts to ensure accountability”.

According to him, the awarded projects are ongoing across the state, as none of the projects has been abandoned, adding that the allegations were a figment of the imagination of the author.

“I will advise Alh. Yahaya Bello to get his acts right before dabbling into the issue of governance. Capt Idris Wada is a man of integrity who believes in due process.

“As far as we are concerned, the governor has nothing to hide. That was why he set up a Transition Committee.

“Bello should concentrate on wriggling out of the crisis rocking his election and be prepared to meet us at the tribunal”, Edi said.