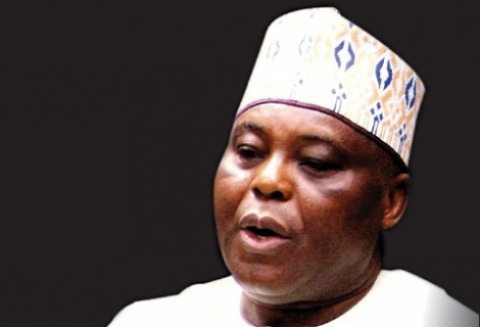 The Chairman Emeritus of DAAR Communications and Peoples Democratic Party (PDP) chieftain, High Chief Aleogho Raymond Dokpesi, has shed more light on what led to his invitation by the Economic and Financial Crimes Commission, EFCC, on Tuesday.

In a statement issued on his behalf by DAAR yesterday, Mr. Dokpesi said he was at the EFCC headquarters in Abuja Tuesday to “shed more light on some payments that were made to him through the office of the erstwhile National Security Adviser to the former President, Malam Sambo Dasuki”.

The statement said: “Dokpesi explained to the EFCC officials that the N2.1 billion that he collected from the former NSA was payment for publicity and media political campaigns during the 2015 General Elections”.

The statement added: “Dokpesi made his statement on the various media exposures and campaign transactions which were dutifully carried out based essentially on contractual obligations/relationship”.

It would be recalled that Mr. Dokpesi’s lawyer, Mike Ozekhome (SAN), had earlier told PREMIUM TIMES his client had written to the EFCC informing the anti-graft body it never had any dealings with the Office of the former NSA.

“What I know is that the EFCC wrote to DAAR Holdings asking for a list of directors and whether it has done any business or contract with the office of the NSA in the past and how much was involved”, the Senior Advocate of Nigeria said.

“We wrote them a reply to say DAAR did not do any contract with the office of the NSA and we are ready to give them all the information they need”, he maintained.

The statement was however silent on why Mr. Dokpesi received payment for a political media campaign, which ordinarily should have emanated from the Goodluck Jonathan Campaign Organization, and not the office of the NSA.