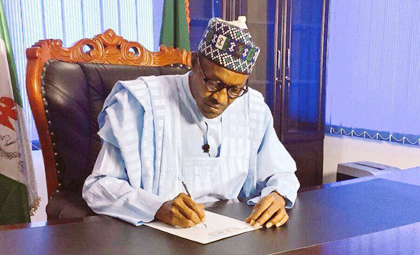 The leadership of the Peoples Democratic Party, PDP on Sunday, said that if the All Progressives Congress (APC)-led Federal Government must succeed in its fight against corruption, it must probe all security votes of past Presidents and Heads of State from 1984 to date.

According to the party, the security votes of past governments of former Presidents Heads of State from incumbent President, President Muhammadu Buhari, then as a Head of State; former Military President Ibrahim Babangida; General Abdulsalami Abubakar; former President Olusegun Obasanjo; and late Umaru Yar’Adua’s Adua should be probed, as well as the expenditure of all military purchases and expenditure during the Bakassi wars, the fight against militancy in the Niger Delta, military interventions in Liberia, Sierra Leone, Sudan, Somalia, Rwanda among others.

“The Leadership of the Peoples Democratic Party (PDP) hereby reiterates its support for an honest, holistic and total war against corruption and we demand the trial and prosecution of all those involved, including those who may have returned ‘loots’ to the government,” the PDP National Publicity Secretary, Chief Olisa Metuh, said in a statement on Sunday.

“However, we are completely against any one-sided public trial and mob conviction of accused persons without following the age-long and worldwide legal process wherein all accused persons are presumed innocent until the contrary is lawfully proved. We do not believe that mere investigation confers a guilt verdict on those concerned and the government should stop the brutal mob and public conviction of individuals and the transfer of the burden of proof of people being investigated.

“We restate for emphasis that a media and public war against corruption is good, but it should not be limited to only those opposed to the President and the ruling party. In fact, until top officials of the former government open up on the exact source of the funding, it remains premature to be accusing our party members of corrupt practices.

“Nevertheless, if indeed the government’s investigation includes the expenditure of President Jonathan security votes from 2011, then it should be extended to a public inquisition on the following: The security votes of all past Presidents and Heads of state from 1984; The award of contracts by the petroleum task force from 1993 to 1999; expenditure of our military purchases and expenditure during the Bakassi wars, the fight against militancy in the Niger Delta, military interventions in Liberia, Sierra Leone, Sudan, Somalia, Rwanda among others; the source of funding of the PDP and APC’s 2015 Presidential campaigns; the contributions from APC controlled state governors for their Presidential campaign and the beneficiaries thereof as well as allegations that people were made ministers just to cover up the slush fund that they provided to finance the APC presidential campaign.

“In the light of the way and manner of this government’s selective prosecution of the war against corruption, the PDP challenges the government to set up a National Truth Commission wherein politicians and other Nigerians publicly discuss the true meaning of corrupt practice in our land. This commission would also provide a platform for a proper public inquisition into the mind-boggling wealth of some Nigerians in public office.

“Nigerians are quite eager to learn the business and investment tricks of past and present public officers in the APC fold, especially former governors, former ministers as well as their national leader, who suddenly acquired multi-billions investments and are now reputed to be the richest politicians in the country.

“Nevertheless, if indeed President Muhammadu Buhari in anyway whatsoever desires to probe his opponent in the Presidential election, he should come out straight instead of going round in circles.

“If indeed the government is interested in ending sleazes associated with campaign funds, the National Truth Commission will present an avenue for Nigerians to openly debate the issues therein with facts and figures.

“If truly this government has provided hundreds of millions of naira to columnists, media analysts and commentators as well as social media writers and bloggers to castigate, denigrate and embarrass the PDP and its leaders, then the PDP, being a party that is out of power and especially against the present hostility of the security agencies, will publicly approach the Truth Commission with revelations backed with evidence, facts and figures.

“Finally, we state categorically that the PDP will no longer allow major beneficiaries of its 16 years in power, especially those with a lot of proven baggage to attempt to adorn a sanctimonious apparel by castigating and denigrating a party on which platform they had the opportunity to serve,” Metuh said.