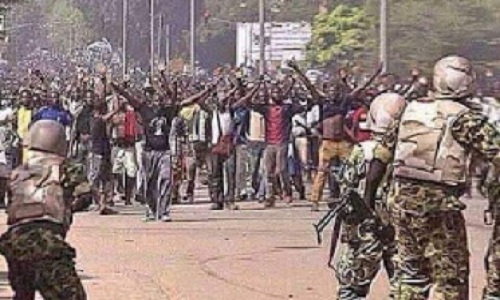 The youth wing of the pan-Igbo socio-cultural organization, Ohanaeze Ndigbo, has condemned what it called molesting of Easterners traveling home for Christmas and New Year celebrations at Onitsha Head Bridge, Anambra State allegedly by soldiers from the 302 Battalion of the Nigerian Army.

The Ohanaeze Youth Council, which made the allegation in a statement by its National President, Mazi Okechukwu, said: “The officers and men of the 302 Battalion of the Nigerian Army at Onitsha appear to have a different agenda in that town. They appear to be there for [alleged] ethnic cleansing.

“In the past one month, these raw soldiers have [allegedly] killed more than 20 unarmed Igbo youths. This time around, they waylay Igbos returning home for Christmas and New Year holidays and rough-handle a lot of them.

“We can no longer tolerate this brazen act on our own land. We are neither at war nor a conquered people. Mr. President should intervene in this matter before it turns into another thing. We have the right to protect the dignity of our people.

“The army is provoking us by their brazen acts in the South East and South South. We hope there is no cabal in the Nigerian Army that is pursuing an ethnic agenda and cleansing against Ndigbo”.