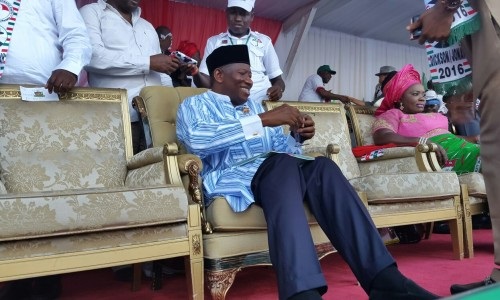 The Ijaw National Frontiers (INF) has alleged a cover up by the Bayelsa Police Command in the alleged attack on former President, Goodluck Jonathan on Monday.

It would be recalled that some youths were arrested for allegedly making an attempt on the former president’s life in Yenagoa yesterday but the Bayelsa Police spokesperson, ASP Asinim Butswat, dismissed the assassination claim as the handiwork of mischievous persons.

According to Butswat, Mr. Jonathan was a victim of mistaken identity and not a targeted attack as the youths had mistaken him for a candidate of one of the political parties in this Saturday’s governorship election in the state.

This explanation, was however, rejected by the INF, which called on the Inspector General of Police, IGP Solomon Arase to unravel the fact of the matter.

A statement issued by the group’s coordinator, Dr Esther Atani in Yenagoa on Tuesday said, “We were shocked at the defence put up by the police in Bayelsa through the command’s public relations officer, that the arrested gang members are not militants but rather some set of hungry youths, who mistook Dr. Jonathan’s convoy for that of the gubernatorial candidate of the APC, Chief Timipre Sylva”.

“As Bayelsans, we are familiar with several of the elements being used as political thugs by politicians and we make bold to say, that two members of the arrested gang are renowned militants from the Nembe area of the state, who have various criminal records, even with the police”, she said.

The INF further said the action of the police in Bayelsa was a pointer to the fact that the security agency would likely be partisan in the days ahead of the governorship election in the state.

“We, therefore, call on all Nigerians of good conscience to join in demanding a thorough investigation into the attempted attack on Dr. Goodluck Jonathan since it is hard to believe that the police would join in insinuating that those youths were unfamiliar with Dr. Jonathan’s residence and so mistakenly followed him to the point of entering.

“We also demand fairness from the police and other security agencies in their conduct before, during and after the December 5 governorship election in the state.
We must all rise to defend Nigeria’s Democracy”, the statement said. 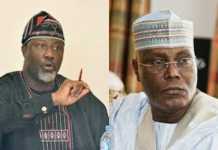