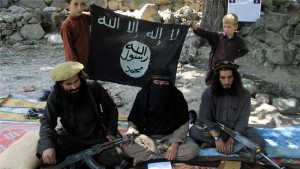 The Islamic State of Iraq and the Levant (ISIL) has launched a radio station in Afghanistan to recruit fighters and stir up anti-government sentiment. The one-hour long Voice of Caliphate broadcast in Pashto language was started in eastern Nangarhar province by supporters who pledged allegiance to ISIL.

It was unclear when the broadcasts began but Afghan officials say they found out about the station a week ago.  “The ISIL militants in Afghanistan are growing stronger and this radio channel is helping them recruit fighters which will make them even stronger,”  Achin district governor Haji Ghalib told Al Jazeera.  “Their aim is to brainwash people through this radio channel, h owever, we are trying to track it and shut it down.”

Mohammad Yasin Samim, spokesman for the Ministry of Communications and Information Technology, told Al Jazeera the technology being used made it hard to locate the source of the broadcasts.

“What makes it difficult to immediately shut down the radio station is because it is broadcast via portable transmitters that do not have a fixed location,” Samim said. “It does not have a base station.” Tolo News, an Afghan news channel,  included an audio clip of the Voice of the Caliphate in a report, in which a presenter said ISIL’s flag will soon fly over the Afghan Presidential Palace.