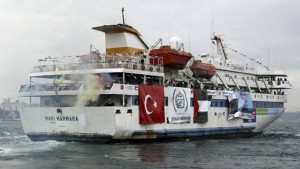 Israel and Turkey have reached a preliminary agreement on normalising relations, an Israeli official said. Ties broke down after the Israeli navy raided a flotilla bound for Gaza in 2010. Ten Turkish activists were killed. The deal will see Israel compensate families of those killed while Turkey will drop all claims against Israel, the unnamed official said.

There has been no official confirmation yet from either side. The agreement is reported to have been reached at a meeting between senior Israeli and Turkish officials in Switzerland. According to the official the deal will also see the renewed exchange of ambassadors.

Talks will also begin to lay down a natural gas pipeline from Israel to Turkey, the official added.

Turkey is currently embroiled in a row with key gas supplier Russia over the downing of a Russian fighter jet by Ankara. Israel and Turkey had been firm allies until the deadly raid on the aid flotilla, which had been trying to break Israel’s blockade of Gaza.