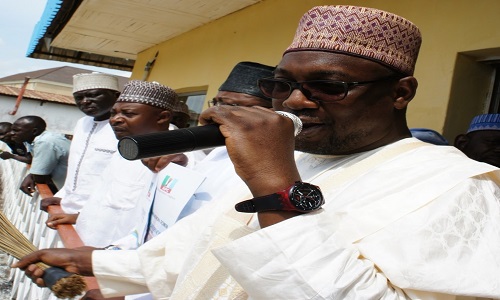 Following the protest on Tuesday, which culminated in blockade of the Suleja-Minna road by some Izom youths, the Governor of Niger State, Alhaji Abubakar Sani Bello, has condemned the action of the youth, warning that his government will not tolerate any act of lawlessness by anybody or group.

It would be recalled that the youth blocked the major highway in protest against government’s decision to relocate the Lambata market.

Condemning the resort to lawlessness, Governor Bello, in a statement by his Chief Press Secretary, Mallam Jibrin Baba Ndace, yesterday, warned that anyone who resorts to acts capable of breaching the peace in an attempt to express their grievances will be resisted.

He further warned that government will deal decisively with anybody found fomenting trouble, aiding or causing a breach of public peace in any community in the state.

The statement noted that the blockage of the road in Izom for hours smacks of disrespect to the governor who had personally waded into the issue at stake.

It was learnt that the Izom people wanted the Lambata and Izom markets to operate simultaneously, but opposition to the idea by people from Lambata forced the state governor to intervene.

“One wonders why some people will not respect the intervention of the governor, but chose to take laws into their own hands and made innocent motorists and travelers to suffer untold hardship.