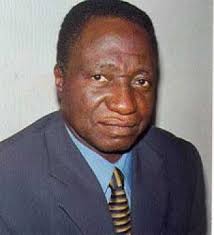 The Registrar/Chief Executive Officer of the Joint Admissions and Matriculation Board (JAMB), Professor Dibu Ojerinde, has been appointed Emeritus Professor of Education at the Obafemi Awolowo University, Ile-Ife, becoming the second ever to attain that position in the university’s Faculty of Education, after the late Emeritus Professor Babatunde Fafunwa.

The appointment, which was made by the university’s Governing Council and communicated to Professor Ojerinde, midweek, allows him to be a permanent member of staff at the university, taking lectures once in a while and supervising students, though without financial commitments.

The Igboho, Oyo State-born professor became the pioneer Registrar/Chief Executive of the National Examination Council in the late 90s, serving in that capacity for two terms before assuming his current position as JAMB Registrar in 2007, a post in which he is also spending a second term.

Ojerinde, while speaking on the appointment, said he was grateful to God for reaching the pinnacle of his academic career, noting that he will continue to do more for the uplift of education in the country and humanity in general.