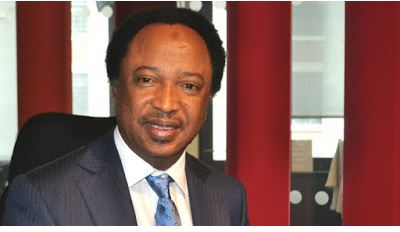 Outspoken Senator Shehu Sani, representing Kaduna Central Senatorial zone, has been suspended from party politics by the APC in Kaduna state. In a letter to the Senator dated Dec. 27th, the party said the suspension is 11 months and listed his offenses to include uttering statements that allegedly…

“violate the rules of engagement of the party, factionalizing the party, and engaging in anti-party activities by criticizing the policies of Governor Nasir El-Rufai. Hardly a week passes by that his group will not be on air criticizing and challenging the enduring legacies of ElRufai, that his statement on national issues is not in conformity with that of the state government and government of Kaduna State,” the statement read.

So, it’s now a crime to criticize a governor? Are we not in a democracy? The party also banned Sen. Sani from engaging in party activities in the state through out the 11 months suspension.