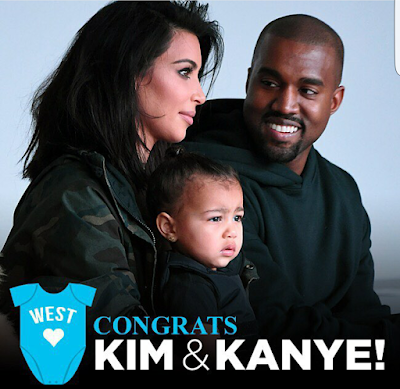 A rep for Kim K just announced that she has given birth to her son!

“Kim Kardashian West and her husband, Kanye West, welcomed the arrival of their son this morning.

“Mother and son are doing well.”

Kim K was due close to Christmas Day, but it’s thought Drs brought her date forward to avoid complications.

“Kim’s doctors want to get the baby out early because of her medical history,” a source previously told Us Weekly.

North was delivered five weeks early due to medical complications in 2013.