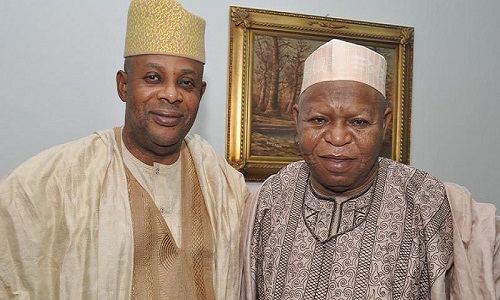 Some members of the All Progressives Congress (APC) from the Kogi East and Kogi West senatorial districts said on Saturday that they would not shift grounds on Audu/Faleke ticket.

The party leaders from Kogi East after a crucial meeting at Ayangba rejected the decision of the party’s national working committee to nominate Alhaji Yahaya Bello as a replacement for the late Prince Abubakar Audu.

Prof. Isah Daniel, Vice-Chairman of the party in the zone, told newsmen at the end of the meeting that the Audu/Faleke ticket “won the Nov. 21 governorship election with or without the result of the supplementary election.

“More than 6,000 votes scored during supplementary election are not enough to deny Audu/Faleke ticket; the mandate freely given to them before the election was declared inconclusive.

“All stakeholders and party loyalists from the nine local government areas in Igala land have, therefore, resolved to stand on Audu/Faleke”.

In a similar development, traders under the aegis of the National Association of Market Women and Men of Nigeria, Kabba-Bunu Local Government, staged a peaceful protest to express support for the Audu/Faleke ticket.

At a rally held in Kabba on Saturday, market leaders, Mrs Felicia Aiyeromi and Mr Stephen Oladipupo, said in separate interviews that the traders had an understanding with Faleke before the election which made them to vote APC during the election.

They called on the leadership of the party to replace Audu with Faleke in the interest of justice and fairness.

Also, at a meeting called by the leader of the APC in Kogi West Senatorial District, Rep. Buba Jibril in Lokoja, stakeholders and leaders rejected the nomination of Bello as a replacement for Audu.

The leaders, in a communiqué issued at the end of the meeting, resolved that although Faleke might pursue litigation against the party over the nomination of Bello, party leaders should not foreclose peaceful negotiation. (NAN)