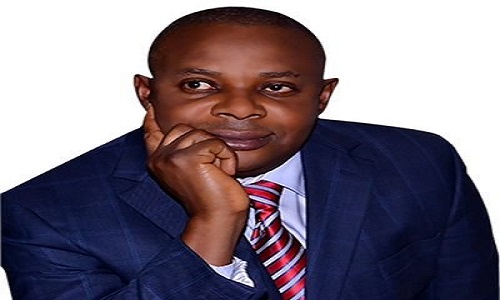 The running mate to late Prince Abubakar Audu who ran on the platform of All Progressives Congress as its candidate in the Kogi State governorship election, James Abiodun Faleke, returned to the chambers of the House of Representatives yesterday to a warm reception from his colleagues.

The lawmaker representing Ikeja Federal Constituency in the House of Representatives, was greeted with a round of applause from his colleagues soon as they sighted him entering the chamber.

Faleke is in a long-drawn battle with the APC and Independent National Electoral Commission, INEC, over the Kogi governorship debacle, which saw Alhaji Yahaya Bello fill the vacuum created by the demise of Audu in the supplementary election, concluded this last Saturday.

Hon. Faleke is insisting on being declared governor-elect just as he vowed not to take oath of office as deputy governor.

It was learnt that immediately he entered the chamber, the Customs and Excise Committee Chairman, made straight to the Speaker, Yakubu Dogara, with whom he held a brief conversation.

After the brief meeting, Faleke made his way to his seat as he acknowledged greetings and cheers from his colleagues and others on the floor.