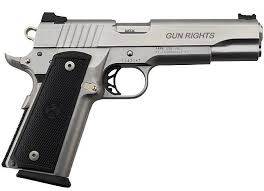 A man who suffered non-life-threatening injuries when he was struck by a bullet outside a strip club in north east Mississauga late Monday night drove himself to a police station to report the incident and seek treatment.

Peel Regional Police tweeted that they were called to Matheson Boulevard East and Orbitor Drive, outside New Locomotion strip club, for a report of a shooting just before midnight Tuesday. Police said a man suffering from a gunshot wound drove himself to Peel Regional Police 12 Division on Dixie Road.

The man was then taken from 12 Division by ambulance to a local hospital for treatment, police said. K9 and tactical unit officers responded to the scene to search for suspects.

A BMW X5 SUV could be seen in the parking lot of Peel Regional Police 12 Division with shattered front passenger door glass and several bullet holes. An unknown number of suspects are believed to have fled the scene of the shooting via Matheson Boulevard, police said.