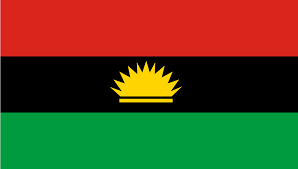 The Movement for the Actualization of Sovereign State of Biafra (MASSOB) and the Indigenous People of Biafra (IPOB), Wednesday, disassociated themselves from acts of arson and violence that culminated in the razing down of Onitsha Central Mosque and burning of some vehicles.

Over 40,000 members and sympathizers of MASSOB and IPOB, had last Tuesday, shut down commercial and business activities in the south-east geopolitical zone as they maintained their stance for the creation of the sovereign State of Biafra due to perceived injustice, marginalization and neglect meted to the people of the region.

In a statement made available to newsmen by MASSOB Acting Leader, Uchenna Madu which reads in part: “the setting of Ontisha Central Mosque, vehicles ablaze and making of burning fires which depicts violence are not done by the members of IPOB or MASSOB under my leadership.

“This unwarranted acts of violence are perfected by hoodlums sponsored by agents of the Federal Government to create impression that non violence and peaceful pro-Biafra group have turned violent on our agitation for Biafra. Our oppressors are no longer comfortable. There is no evidence of terrorism in our protest. How can we now resort to violence now that we’re told that the presidency is about negotiating with leaders of pro-Biafra group?

“MASSOB led by Uchenna Madu and IPOB led by Nnamdi Kanu have never mandated any person to negotiate for us. Even in this persecution,arrest,killings,clampdown,suppression against us by Nigeria Government,we shall continue and intensify our non violence agitation for Biafra. For Nigeria to release their Armed Forces against non violence,defenseless Biafra agitators shows their wickedness and the devilish mind of President Muhammad Buhari against our people,” Madu said.