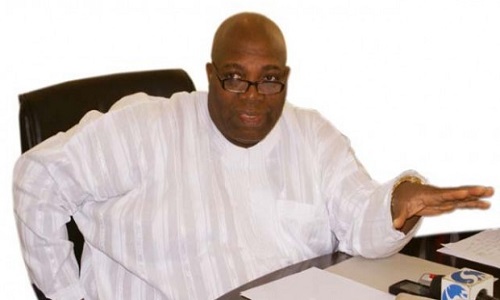 The PDP spokesman had yesterday issued a statement announcing the timetable of schedule of congresses and national convention which, he said, was approved by the National Working Committee, NWC, of the party.

According to Metuh, the NWC had fixed March 19, 2016 for the party’s national convention, where new set of party leaders are expected to emerge from the congresses.

Reacting to the announcement in a SMS to PREMIUM TIMES Thursday evening, Mr. Okupe, who was also a spokesman to former President Olusegun Obasanjo, said the NWC had no power under the constitution of the party to convene a national convention.

“That power rests exclusively with the NEC of the party. The dates announced by the national Publicity secretary therefore, must have been in error and cannot stand”, he said.

Mr. Okupe said what the NWC with the approval of the acting National Chairman could do, is to “call for a meeting of the NEC to formally begin the process”.