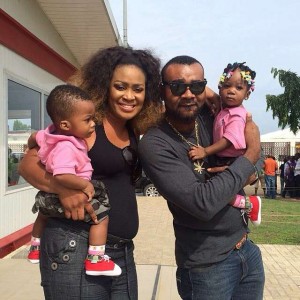 Prince Eke the hunky actor and husband of Nigerian music singer Muma Gee, has allegedly been freed by his kidnappers.

The actor was kidnapped on Saturday, December 5, 2015.

Prince Eke who is a Nollywood actor was on his way from a movie set in Asaba when he was kidnapped on the Owerri-Port Harcourt road.

The kidnappers demanded a whooping sum of 15 million Naira and threatened that Prince Eke would be buried alive if the ransom was not paid.
Details of his release have not been made to the public.

Prince Eke made his acting debut in 2003 and in 2011 he married popular singer Muma Gee.