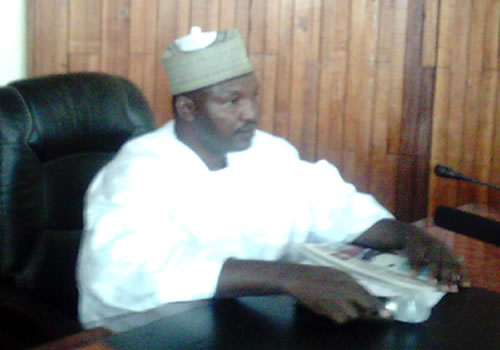 The erstwhile Speaker of the Kogi State House of Assembly, Hon. Momoh Jimoh-Lawal, on Thursday denied that he had been impeached.

Hon. Jimoh-Lawal was impeached by 17 members of the House on Thursday over allegations of financial misconduct.

But the embattled lawmaker insisted that his purported removal did not follow due process.

According to Jimoh-Lawal, the signatures of lawmakers that reportedly supported his impeachment were forged, saying the police will be invited to investigate the matter.

“I remain the Speaker”, he asserted.