Home Politics The N345m I Received From Ex-NSA Dasuki Was For ‘Consultancy Services’, Not...
Facebook
Twitter
WhatsApp 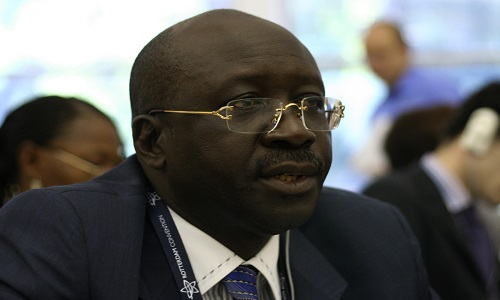 The former Senate president explained that whatever funds from the NSA Office remitted to a company he confirmed to have interest in, Starbriid Limited, were solely for the provision of consultancy services on security and electoral matters, not for procurement of hi-tech security equipment.

“To the best of my knowledge, neither the company nor I deal in ‘satellites’ and ‘security ‘equipment’. However, when I served on the National Security Council as Minister of Internal Affairs, I got educated that various aspects of security work could be pushed under different classifications. Any funds remitted to the company were for consultancies on security related and electoral matters”, he said.

Ayu, however, revealed that he was at some point approached by the former NSA, Col. Sambo Dasuki (retd.), to provide requisite advice and consultancy on difficult issues.

“When Colonel Sambo Dasuki assumed duty in June 2012, he approached me to assist based on my background as a social scientist and my previous involvement in government. Understandably, I provided the requisite advice whenever consulted on difficult issues. It is also public knowledge that I have considerable knowledge of Nigerian politics and skills for competitive political organisation.

“This is why in 1999, General Olusegun Obasanjo appointed me as Director-General of his campaign. Similarly in 2007, former Vice President Atiku Abubakar turned to me to assist him in the same capacity. Not surprisingly, I was approached in 2014 if I could coordinate former President Jonathan’s 2015 campaign, I politely declined by offering advisory services”, Ayu stated.