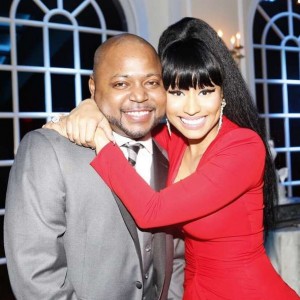 Hot and sexy female rapper, Nicki Minaj has just been hit with some bad family drama.

He was arraigned for first-degree rape.

Nicki Minaj is very close to her brother, in August she paid $3,000 for her brother’s wedding which witnessed 200 guests.

On the day of his wedding Nicki Minaj gushed about him on Instagram and shared a picture of herself with him.

“I would cross the ocean for u. I love my brother so much man. Can’t believe I cried during his wedding and his first dance like a punk. May God bless him and his union. Tonight has been one of my favorite nights of all time. I do anything to see my brothers smile” she wrote.