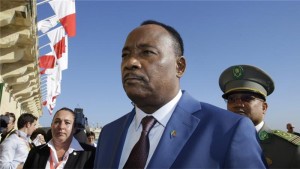 “Nine officers identified as responsible for the attempted coup have been arrested and will be presented before a military court,” Massaoudou told reporters in Niamey, the capital. He said the coup had been foiled “thanks to the loyalty” of certain soldiers “who regularly kept us informed of the plan’s progress”.

President Mahamadou Issoufou said in a televised address on Thursday that the alleged coup-plotters had planned to use aerial firepower and had prevented the movement of military assets from Niamey to the southern region of Diffa. The country’s opposition, though, disputed the government claims.