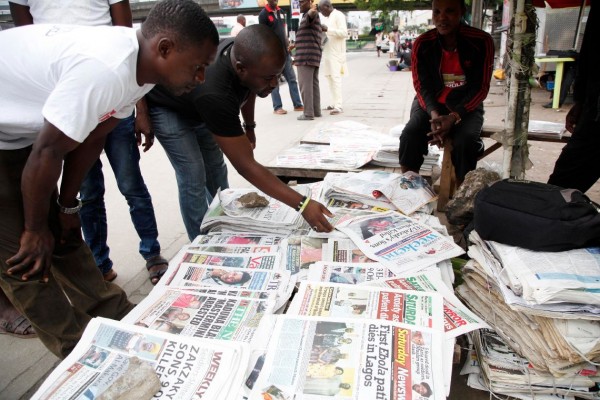 The Tudun Wada ward of the All Progressives Congress in Kaduna State on Monday suspended the senator representing Kaduna Central Senatorial Zone, Shehu Sani, from the party.

Indication emerged,  yesterday, that the devastated mother of the deceased twin brothers, who were shot to death alongside their friend,  weekend,  by a drunken mobile policeman, in front of Paulson Hotel in Ketu area of Lagos  has refused to eat since the incident.

The Federal Government on Monday assured that the National Arts Theatre will always remain a national monument and won’t be sold for whatever reason.

The Minister of Health, Prof Isaac Adewole, has declared that 60 million poor Nigerians will enjoy  unfettered medical care to be provided by President Muhammadu Buhari’s government within the next two years

The Adamawa Government has dispatched an assessment team to Madagali over Monday’s suicide bombing that claimed 17 lives, reports the News Agency of Nigeria (NAN).

Some members of the House of Representatives have expressed confidence in the 2016 budget proposal presented to the National Assembly by President Muhammadu Buhari last week.
The lawmakers said the proposed budget was realizable based on the plans rolled out by the president.
http://www.dailytrust.com.ng/news/politics/we-re-confident-over-2016-budget-reps/126460.html

Over 30 persons were believed to have been killed in twin suicide attacks yesterday in Madagali Local Government Area of Adamawa State.

A former head of Department of Dramatic Arts of the Obafemi Awolowo University, Ile-Ife, Prof. Foluke Ogunleye, on Sunday died in a ghastly motor accident.

President Muhammadu Buhari and ex-President Goodlcuk Jonathan top the list of ‘100 most influential Africans of 2015’ by New African magazine.