Home Politics Nigerians Unfair To Expect So Much From Buhari Within The Shortest Time,...
Facebook
Twitter
WhatsApp 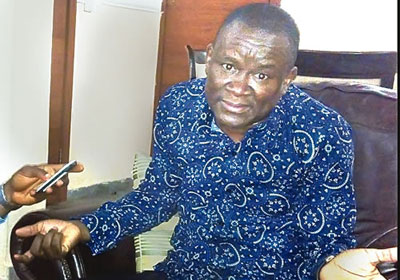 The senator representing Cross River Central Senatorial District in the National Assembly on the platform of Peoples Democratic Party, PDP, Senator John Owan-Enoh, has urged Nigerians to support President Muhammadu Buhari in his bid to tackle the challenges facing the country.

Owan-Enoh, who is the Chairman, Senate Committee on Finance, made the plea on Saturday in Calabar, the Cross River capital, during an interactive session with journalists.

According to the senator, the challenges facing the country require proper evaluation to effect the needed change promised by the present administration.

He, therefore, said it would be unfair for Nigerians to judge Buhari so soon.

“Some Nigerians, who are expecting so much from the President within the shortest time, are unfair to him.

“Mr. President has presented the 2016 budget of N6.08tn. We should pray for the speedy passage of the budget and wait for its implementation.

“He needs more time to fix the challenges faced by Nigerians. I must appeal that we give him more time. I also appeal that the 2016 budget should not be criticised along party lines. We should all support it for the economic advancement and growth of our country”, Senator Owan-Enoh said.

The lawmaker also gave the assurance that the budget, which captured grey areas of the country’s economy, would be effectively implemented for the benefit of all Nigerians.