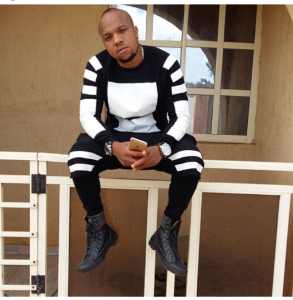 The singer in his Instagram post today (December 28) said that the actor has been rushed to the EP.

He however did not disclose which hospital Charles Okocha was taken to.

“I’ve just been informed that my nigga @charles_okocha has just been rushed to the ER. He just got hit by a stray bullet supposedly fired randomly by some mobile policeman. Dumb sh**! Please let us pray 4 him, he needs our prayers now. Thanks” read the caption of Kelly Hansome’s picture of the actor popularly known as Igwe 2Pac.

Charles Okocha was one of the viral sensations of 2015 after his performance in the 2012 movie ‘Igwe 2Pac’ trended on Instagram and Twitter for months.