Fourteen years after the gruesome murder of the then Justice Minister and Attorney-General of the Federation, Chief Bola Ige, Afenifere leader, Chief Ayo Adebanjo, has stated that the government of President Olusegun Obasanjo, cannot absolve itself of the murder. 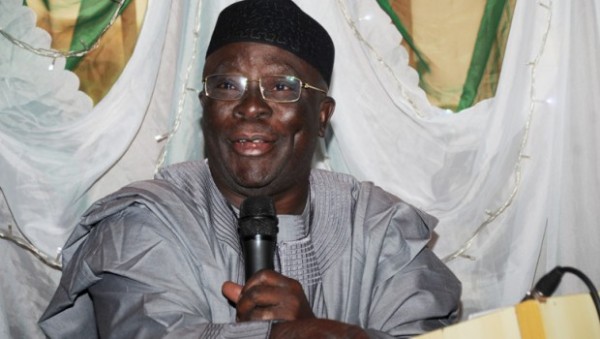 Adebanjo told Sunday Telegraph that “The Federal Government of that period murdered Chief Bola Ige, and incidentally, instead of confessing, they passed the buck, accusing Ige’s political associates of the murder.”

The Yoruba leader lamented how “the Number one Chief Law Officer of the Federation at that time could be killed in his house in such a ridiculous manner, when all the six security aides attached to him vacated their duty posts at the same time and investigation into the murder was bungled.”
He recalled that that period in Nigeria’s democratic history during the tenure of President Olusegun Obasanjo, was characterised by “massive high profile politically-motivated killings of Chief Harry Marshall, Aminasori Dikibo, Chief Dipo Dina and Chief Funsho Williams.”

“These were sad incidents in our political history for such persons to have been killed in such questionable circumstances. To worsen matters, in the case Chief Bola Ige, they even accused Chief Abraham Adesanya and me as his possible killers, instead of focusing on thorough investigation into the matter,” he said.

The killers, he said, were not only smart but they also diverted attention from the main issue.

He argued that accusing Ige’s associates of killing him was a very feeble jibe, “because the mere fact that politicians in the same party disagree on principles and ideologies does not culminate into political assassination.”
Adebanjo further accused the media for “praising him (Obasanjo) to the high heavens,” despite the fact that all those murders occurred during his tenure.

“You media are praising him to high heavens, what has he done? The sad part of it is that even the All Progressives Congress refers to Obasanjo as a navigator. It is sad.”