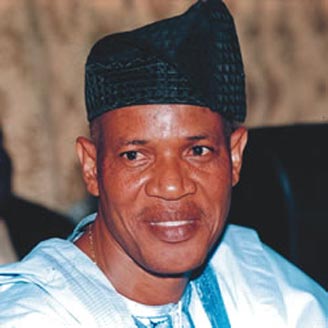 A former national legal adviser to the Peoples Democratic Party, Chief Olusola Oke, has called on Governor Olusegun Mimiko of Ondo State to account for the N14.6billion received as bailout from the Federal Government for the payment of workers’ salaries.

He also said that despite the fact that the state government received a N7.8billion loan in addition to the bailout, the government was still owing workers’ salaries.

In a statement issued by his media aide, Rotimi Ogunleye, on Friday, Mr. Oke, who defected to All Progressives Congress, APC, earlier this year, said he was concerned about an attempt by the state government to play politics with the welfare of the workers.

“Having paid the workers leave bonus, the governor went on air to announce to the whole world that he has paid the leave bonus of workers”, he said.

“As at today, Ondo state government has received N14.6 billion bailout from President Buhari specifically for the payment of workers salary.

“The government of Dr Rahman Mimiko took a loan of N 7.8 billion and within two months, received almost N10billion from the federation account. Yet, the governor is owing workers and contractors in the state”.

Mr. Oke, who was the candidate of the PDP in the 2012 governorship election in the state, argued that instead of paying the salary of workers – to enable them to patronize petty business owners, artisans, and encourage commerce due to high volume of purchase – Mr. Mimiko chose to pay leave bonus with low volume and diverted the rest to cosmetic projects that are meant to advertise his politics.

“If he, the governor has not advertised his personal benefit since he assumed office, I consider it a cheap politics to advertise payment of leave bonus paid to workers who he has consistently denied regular payment of salary”, Mr. Oke said.

“This, unfortunately is the style of Governor Mimiko since he assumes office. What has happened to thirteenth month salary that almost became the slogan of the governor in his first team in office? I won’t be surprised if it is resuscitated again now that election is some months away”, the APC chieftain stated.

It would be recalled that the state commissioner for information, Kayode Akinmade, had in a statement last week, said the governor ordered that both workers in the state civil service as well as those at the local governments should be paid their leave bonuses immediately.

Mr. Akinmade said the order was in line with the “caring heart” nature of the Mimiko-led government in the state, adding that the instruction became imperative as a result of the governor’s determination to ensure that workers in the state experience a memorable Yuletide with their families.

“The State Governor, Dr Olusegun Mimiko this morning ordered the immediate payment of leave bonuses to all civil servants in the state, including those serving at the local government level.

“The decision is in line with the Governor’s determination to further demonstrate that the welfare of workers in the state is of great importance to the government”, he said.