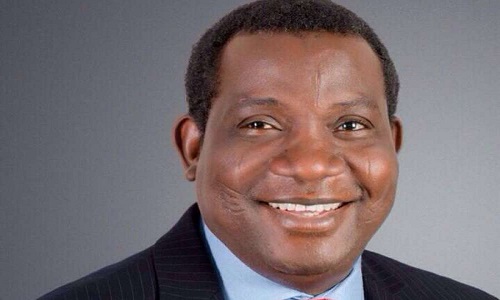 Governor of Plateau State, Simon Lalong, has said that his administration in line with the anti-corruption stance of the All Progressives Congress (APC), is leaving no stone unturned in ensuring that all officials of the immediate past administration, who dipped their hands in the public till and bequeathed a near failed state to the people, have no hiding place.

“The APC government is working to ensure that all funds stolen from the state and country in general are returned to the treasury”, he said.

Gov. Lalong stated this on the occasion of his investiture as Change Pathfinder Governor of the Year 2015 by the Plateau State Social Media Community, held at the Hill Station Hotel, Jos.

Represented by the Commissioner of Special Duties, Hon Hitler Dadi, Governor Lalong also said he would partner and identify with the media in all their activities, policies and programmes, by deliberating taking steps towards ensuring a continuous interface with the media and running an open and transparent government in order to carry the media along.

He said, “On resumption of office, I enjoined both the traditional and social mass media to join hands with us to expand the frontiers of development in our dear state and pledged that government would continue to cooperate with you at all times and this I would continue to do”.

“Government is not unaware of the fact that the social media platform which, according to the Nigerian Communications Commission (NCC), today commands an impressive figure of 140million users, is without doubt, a very veritable and viable platform for multifaceted forms of online media interaction among the citizenry, especially the youths, who cannot be taken for granted”.