The Delta State Police Command has confirmed the arrest of a suspected kidnapper, whose gang abducted a businessman and released him after collecting a ransom of N2 million from the family. 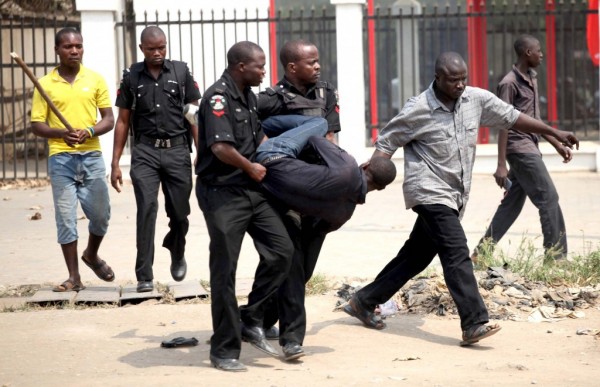 Command spokesperson, DSP Celestina Kalu said in a statement Tuesday in Asaba that the suspect was apprehended after detectives trailed him to his hideout in neigbouring Benin-City, Edo State.

“On October 14, 2015, one Mr. Macquain Obi was kidnapped by unknown hoodlums and was later released on October 17, 2015 by his abductors after they collected a ransom of N2 million from his family.
“However, on November 29, 2015, detectives attached to Special Anti-Kidnapping Squad, Asaba, investigating the case trailed and arrested one Chuks Nwaikwu, male, at Benin-City in connection with the crime.

“The suspect has confessed to the crime and his involvement in other kidnapping cases in Benin-City, Asaba and Oghara,” Kalu said.

The police spokesperson said that the suspect has been taken into custody, while Investigation was in progress with efforts to track down other members of the kidnapping gang.

In another development, the police have also recovered two vehicles and a gun used by a gang of four armed men, who kidnapped Dr. Idodo Umeh at Olomoro, near Oleh in Isoko South LGA of the state.
Kalu said the gang sped off after kidnapping their victim, but had an accident, which damaged the car at a point and that as a result, they abandoned their victim in the vehicle.

She said: “After the accident, the hoodlums in a bid to escape from the scene, snatched a Kia Jeep, with Reg. No. LEH 339 SL but also had another accident with it and subsequently escaped into the bush.”

The police image maker said that upon the receipt of the information, a police patrol team and local vigilante rushed to the scene and rescued the victim unhurt.

“The surrounding bush was combed and one locally made single barrel gun as well as the two accidented vehicles were recovered and taken to the police station,” Kalu said.