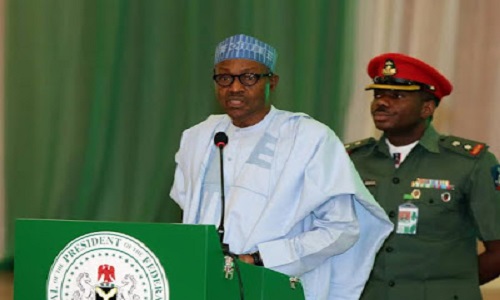 The Presidency is set to present a Medium Term Expenditure Framework (MTEF) and a Fiscal Strategy Papers (FSP) to the National Assembly any time next week.

The Senior Special Assistant to the President on National Assembly Matters, Senator Ita Enang, made this known in a chat with journalists on Friday.

According to him, this would be followed by the presentation of the 2016 Appropriation Bill for the consideration of the lawmakers.

Enang said: “I want to assure you that in the next few days, Mr. President will forward the Medium Term Expenditure Framework and the Fiscal Strategy Paper to the National Assembly.

“You know that is normally preceded by a letter from the President requesting for a date for the presentation of the documents”.

Enang described the speedy passage of the 2015 supplementary budget by the National Assembly as an indication of existing cordial relationship between the executive and the legislative arms.

Part II (Sec. 11 1b) of the Fiscal Responsibility Act 2007, prescribed that the government shall submit the MTEF for three financial years not later than four months before the commencement of the next financial year

But the presidential aide insisted the government did not violate the Fiscal Responsibility Act even as it has yet to present the documents a few days to the end of the 2015 financial year.

According to him, President Muhammadu Buhari was still acting within the framework of the relevant laws and that there were no areas of friction between the two arms of government.