Following last Saturday’s violent clash between the Nigerian Army and members of the Muslim sect, Shiite, in Zaria, Kaduna State, Iranian President, Hassan Rouhani has called President Muhammadu Buhari, on phone, over the clash which led to the death of hundreds of Shiite members. 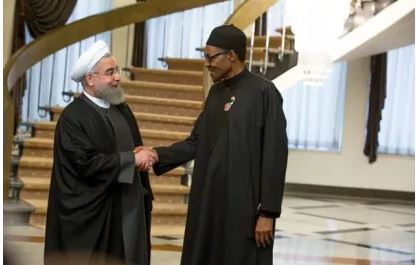 The IRNA yesterday, quoted Rouhani as telling President Muhammadu Buhari to ensure that “minor disputes must not be allowed to turn into deep differences”.

He was also said to have asked about the welfare of the injured victims, especially Ibrahim Zakzaky, leader of the sect, while advising Buhari to issue strict orders that could forestall further attacks. The agency quoted him as emphasising the importance of unity among Muslims. “Under such conditions that terrorism is a serious threat against many Muslim countries’ security the Muslims need to unite and not permit trivial differences of opinion to lead to acute disputes, since safeguarding the Muslims’ lives is our major and public responsibility,” he reportedly said.

“The Islamic world is more than ever before in need to peace and peaceful resolving of its existing problems “We expect the Nigerian government to relieve the entire bereaved families and injured victims of that disaster and to issue strict orders to prevent the occurrence of any further unrests.

“A group is after sowing the seeds of discord among Muslim in Islamic countries and therefore it is our duty to preserve Islam’s prestige and the Muslims unity alertly and consciously.”

Rouhani also announced Iran’s readiness to dispatch any special assistance, such as medical and rescue and relief teams to assist the disaster’s victims.

On his part, Buhari reportedly appreciated the effort of his Iranian counterpart, emphasizing that he realises his responsibility in safeguarding the lives of Nigerian Muslims.

“The Nigerian government is also determined to pursue the precise causes of the occurrence of that incidence and will definitely react to it accordingly,” he was quoted as saying.

“We will also do our best to restore security in our country and will act against those who have disturbed it.”