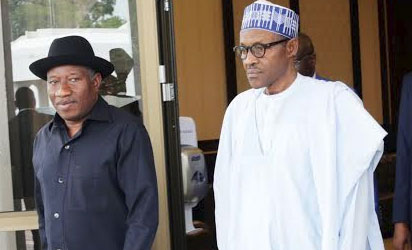 As is customary with most Christian leaders at the end of any particular year, they issue prophecies regarding events and happenings to look out for in the New Year. While some of the prophecies have been spot on, most of them have been wide-off the mark.

The outgoing year – 2015 – was no exception as prophet after prophet jostled for news space with their predictions for the year, especially since it was an election year.

Predictably, many of them predetermined the outcome of the 2015 presidential elections and did they get it right?

INFORMATION NIGERIA culled some highlights of the 2015 prophecies that never came to pass from LEADERSHIP Friday.

For the spiritual leader of One Love Family, Sat Guru Maharaji, Jonathan’s victory was a foreclosed issue. “There is no vacancy for Buhari at Aso Rock. President Goodluck Ebele Jonathan is the verifiable divine choice of the forthcoming presidential election”, he declared.

Guru Maharaji was completely far off the mark with this particular prophecy as Buhari is occupying Aso Rock at the moment.

Another popular prophet, Apostle Johnson Suleman of the Auchi, Edo State-based Omega Fire Ministry, it would be better if President Jonathan quietly returned to his village in Otuoke and not seek re-election because of the level of bloodshed he saw that would greet his re-election.

“2015 election is another June 12. The man who truly won, will not govern or rule”, was how the Apostle put his own.

Although, he was not categorical, these words of Apostle Suleman implied that Jonathan was favoured to win but after that, violence may consume him. He thus advised that the “divinely favoured candidate quit the race or face the regrettable consequences”.

Prophet Olaniyi Odutayo of the World Prophetic Church, Ikeja, had in the countdown to the March 28, 2015 presidential poll, claimed by divine revelation, that President Goodluck Jonathan would defeat three strong contenders to emerge victorious.

Odutayo, who was said to have fasted for 40 days, declared that God revealed to him that although the opposition would win more states in the election, President Jonathan would win a second term in office.

For Prophet Joseph Oladipupo of the Akure, Ondo State-based Faith and Victory Church, God said Muhammadu Buhari, the major challenger of the then incumbent president, Jonathan, would not win.

“The upcoming election will be very tough for the Peoples Democratic Party (PDP) but they will win the presidency”, he said.

Popular among the prophets is Primate Elijah Ayodele of the INRI Evangelical Spiritual Church, who predicted that God showed him Jonathan would continue to rule till 2019.

“The 2015 elections will hold but will be peaceful in some areas and not in other areas. As it is, from what I see at the moment, PDP will win, amidst serious criticism”, the founder and General Overseer of the church said as far back as January 2013.

A Lagos prophet, Paul Okikijesu was also not quite clear with his prediction, but said correctly that Buhari might be voted for on one condition – he should “surrender his heart to me”.

It is not known if the then APC candidate surrendered his heart to Prophet Okikiiesu, the cleric, however, added a caveat: “they will neither release power to him nor swear him in as the president of the nation. His situation will be similar to Abiola that had people’s mandate, but was not given the chance to rule the country”.

The founder of the INRI Evangelical Spiritual Church, Oke-Afa, Isolo, Lagos, Babatunde Elijah Ayodele, whose prophecy concerning the presidential election was first made in January 2013, further came up with some predictions as the 2015 general elections drew close. He foretold ahead of the election: “Kaduna is going to be very bloody. PDP may take Kaduna, but it’s going to be by narrow margin. Yobe, Gombe, Benue, Delta, Akwa Ibom, all those states will be won by PDP”.

After the election, not only did APC win Kaduna, the election was calm and not bloody. Also, the PDP missed clinching Yobe and Benue governorship seats as the primate had predicted. He was right on Gombe while Akwa Ibom is still a subject of litigation with the Appeal Court already nullifying PDP’s victory in the state.

On the presidential election, the cleric had this to say about Jonathan: “This election is a lesson for him and there are still lessons for him to learn if he now gets it back. He still needs a lot of prayers. But in the midst of all the ups and downs, he may still have a very slim chance of winning the election. I don’t see any landslide victory at all between him and Buhari. At the end of the day, PDP will win the federal, but the party will crash after the election”.

Archbishop John Obiokeke of God Pentecostal Mission Churches is reputed to have made some predictions which came to pass. However, his predictions on the 2015 presidential election seem to have missed the mark. At the early hours of 2015, he made predictions which foretold the coming back of Jonathan after the election. He had prophesied in January, “God is saying that there is no vacancy in Aso Rock. For reasons best known to him, Jonathan, even though will rig, is still going to be the president”. His prophecy ended on an assuring note that “the election is going to be tight, but Jonathan will return”.

Prophet Joshua Iginla is the founder of Champions Royal Assembly, a new-generation church based in Kubwa, Abuja.

He is among those whose prophecies on the 2015 presidential election didn’t come to pass.

Joshua once said in an interview in January this year, “I am not a politician nor do I belong to any political party. I am just speaking God’s mind. The person sitting on the seat might not be perfect but he will retain the seat. It’s not guesswork… President Jonathan will win, but he has to pray about his health and so many political blows”.