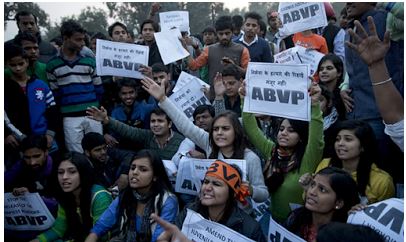 The youngest convict in a fatal gang-rape in New Delhi has been released from a youth correctional facility, sparking street protests and condemnation from the victim’s parents.
The rape and murder of 23-year-old student Jyoti Singh on a bus in Delhi in 2012 caused global outrage and triggered reform of legislation relating to sexual offences. Her family allowed her to be named in an attempt to end the stigma facing sex attack victims in India.

The freed man, who was 17 at the time of the crime and cannot be named, was sentenced to three years in a reform facility in August 2013 and finished his term this weekend. Under Indian law, regardless of the crime, under-18s can be imprisoned for a maximum of three years.

On Friday Delhi’s high court rejected a petition to extend the sentence, saying that the man had served the maximum under the law. Several activists and politicians demanded that he not be released until it could be proven that he had reformed. The supreme court rejected an appeal against his release on Monday.

Days after the third anniversary of the attack, Indian police confirmed that the rapist, now 20, had completed his spell behind bars. He is now being supervised by a non-governmental agency, which will help him to receive training to become a tailor.

“The convict was handed over to an NGO. He is no longer under the jurisdiction of the police,” a police spokesman told AFP. A source added: “He has been given a new identity and his criminal record has been expunged.” 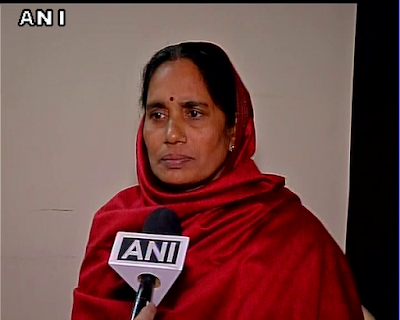 The prospect of the rapist walking free has revived public anger over the attack. On Sunday protests led by Singh’s parents took place near the India Gate monument in the centre of the capital.

“I am forced to protest on the road as this government appears blind to the atrocities being committed against women in India,” said Singh’s mother, Asha, who was dragged away along with other protesters by police.

“When will the government wake up? What kind of murder or crime against a woman will make the government see reason? This government wants women to suffer and die. Society will decide what to do with this government … I just want justice, I want a stay on his release.” she said, according to local media translation.

“Not only in India but also abroad, people do not want his release, as he had not done the act of a juvenile. The prime minister has the power to stop his release, but no one is taking any action.”

“What can I say? There are no words to describe our disappointment,” he said, referring to the Supreme Court’s decision to reject the appeal against the rapist’s release.

“We don’t understand all these laws. We only know that the system has failed us.”

Four other men were sentenced to death in the case, and a fifth, the alleged ringleader, died in custody in 2013.
The four adults who went to trial confessed to the attack but later retracted their confessions, saying they had been tortured into admitting their involvement. Legal appeals against their death sentences are pending in the supreme court.

Legal experts say Indian law is clear on the rights of juveniles and the petition is unlikely to succeed.