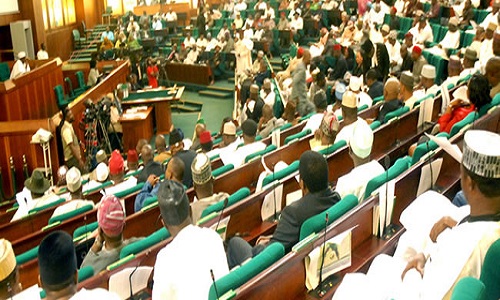 The House of Representatives has faulted the Bill of Frivolous Petitions sponsored by the Deputy Senate Leader, Bala Ibn Na’allah, vowing not to be a part of any legislation that will close the space for free speech.

Chairman of the House Committee on Media and Publicity, Hon. Abdulrazak Namdas, gave his disapproval of the Bill while speaking to State House correspondents after attending a dinner hosted by President Muhammadu Buhari for members of the House of Representatives at the State House Banquet Hall on Wednesday.

“As Chairman, House Committee on Media, I must say that we cannot close space for free speech. We would like to ensure that there is free speech. And the only thing we try to enjoin is that journalists, who are trained, who know the ethics of journalism, should also join the social media activity so that we can differentiate between the grains and the chaff”, the House spokesman said.

The lawmaker, who represents Jada/Ganye/Mayo Belwa/Toungo Federal Constituency of Adamawa State on the platform of All Progressives Congress (APC), stressed that while free speech is essential, the social media space should not be left for those “who think they can just post anything”.

“Ideally, I think it is very important that we allow free speech. With time we will get to the level that we can regulate. For now I think Nigerians will rely on them. We came on the platter of change and it was this social media that brought us to power and we are making effective changes on that; I think we should live with that”, Hon. Namdas opined.

On the Reps members’ interaction with President Buhari, Namdas said the lawmakers were ready to support the Federal Government’s objective “particularly in the area of fighting corruption, generating employment and ensuring that we fight insurgency.

He specifically recalled that when the 2015 supplementary budget sent by Buhari to the National Assembly was to be passed, when it was put to vote, no single member said ‘nay’, irrespective of the party they came from.

“I think we are supportive of Mr. President”, Namdas stated.