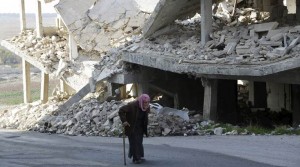 At least 200 civilians have been killed in Russian air strikes in Syria, an Amnesty International report says, quoting witnesses and activists. The human rights group accused Russia of using cluster munitions and unguided bombs on civilian areas, and said such attacks could constitute war crimes. Moscow insists it is targeting only the positions of “terrorist” groups. Amnesty said in its report it is also researching concerns about the US-led coalition air strikes in Syria.

The US has rarely acknowledged civilian deaths in its aerial bombardment of the so-called Islamic State (IS), which began in September 2014. Russia began air strikes in September this year, saying it was acting at the request of Syrian President Bashar al-Assad. It is targeting IS and other groups it has designated to be terrorists, some of which are backed by the West.

In the report, Amnesty said it had “researched remotely” more than 25 Russian attacks that took place in Homs, Hama, Idlib, Latakia and Aleppo between 30 September and 29 November.

It had interviewed “by phone or over the internet” witnesses to the attacks, and had audio and video evidence, as well as “advice from weapons experts”. Amnesty said. It said there was evidence that “unlawfully used unguided bombs in densely populated areas and inherently indiscriminate cluster munitions”.