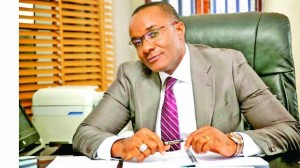 In a recent interview with Daily Sun, veteran Nollywood action star Saint Obi, opened up on why he stopped acting.

“As one grows older, you realize that you do not need to be in all the movies. If you have been following my career, as years went by, from doing 10 movies in a year, I reduced it to six. I later reduced to one per year, because I felt that it’s not how many times you appear in a movie but how well you act. People call me all the time to come and feature in their movies, but I always decline. My reasons are that, as you move around you have other aspirations and other opportunities appear. In Igbo parlance, you don’t watch a masquerade display in one spot; you have to move around to get the total view. Any smart person will take advantage of any opportunity that comes, there are a million and one businesses out there that align with what one’s profession. The Dangotes of this world do a million businesses; they don’t stick to one business and become who they are today. I didn’t stop acting because jobs stopped coming but because I needed to do other things. However, I am still involved in the industry even though it is mostly behind the camera”